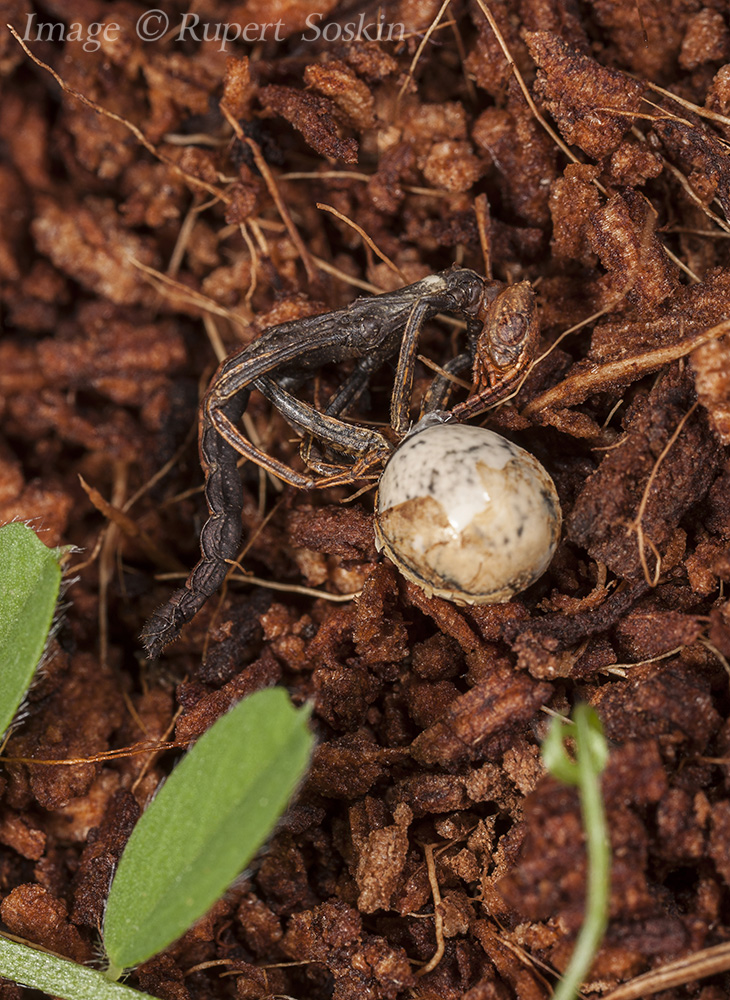 Tiny eggs are too easy to miss

Monday 23rd May 2016
For about five years now I have been rearing Macleay's Spectres. Giant Spiny Stick Insects from Australasia. This might sound slightly bonkers but mine are all female clones, reared parthenogenetically (asexual reproduction) from a single great, great, grandmother. It was after the second generation that I realised they all behaved differently, right from the moment they hatched, which is interesting when, at that tender age, one would imagine that behaviour would be hard-wired in its consistency - or is that consistent in its hard-wiring?

I had around 150 (which I have to say, makes for very a tedious feeding regime),  a good amount to be sure that my observations are objective. But my largest tank is also home to darkling beetles who live very happily in the leaf litter, and in their scurrying,  they turn over the soil and litter, making a lot of phasmid eggs impossible to see. I tend to remove eggs to prevent being any more overrun than I already am, but a load had slipped through the net...

I don't know what caused the sudden explosion but about fifty have hatched in the last two days - I just don't need any more dependants!